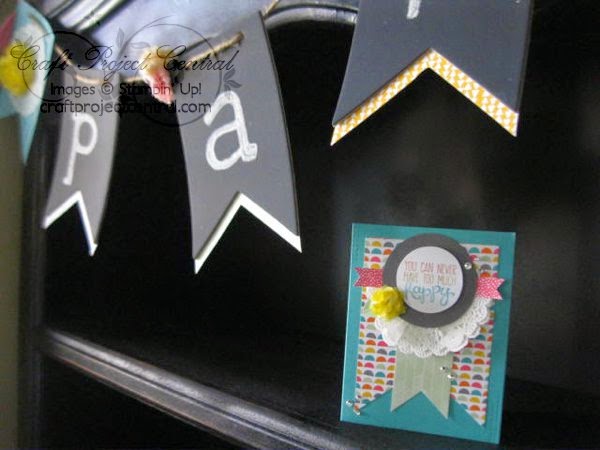 Check out this Summer Party Banner & Card by Heidi King.  This banner and matching card set is great for any summer party!  Perfectly fun and bright, it will bring smiles and festivity to any gathering!  Use the project instructions and change up the colors for any party theme, birthday, shower or any holiday!  Full step-by-step instructions can be yours by heading over to Craft Project Central and subscribing to the month of July!
Posted by Michelle Joy Wecksler at 12:00 AM No comments: 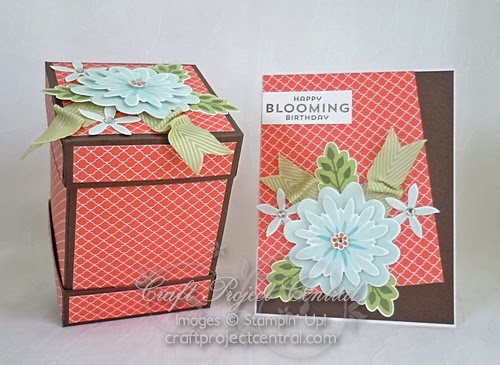 Shhhh!  It's a Secret Gift Box & Card by Monika Davis.  Make this gift box with secret boxes inside for any occasions - a birthday, wedding, or for no reason at all!  The gift box can hold embellishments, jewelry, and/or candy.  The box also looks great on a desk holding office supplies. It is very easy to make and you don’t need a lot of craft supplies. You can leave it simple or add different embellishments to suit your style. Great for a stamp camp, or as a class project.  Get the full step-by-step instructions over at Craft Project Central by subscribing to the month of July!
Posted by Michelle Joy Wecksler at 12:00 AM No comments: 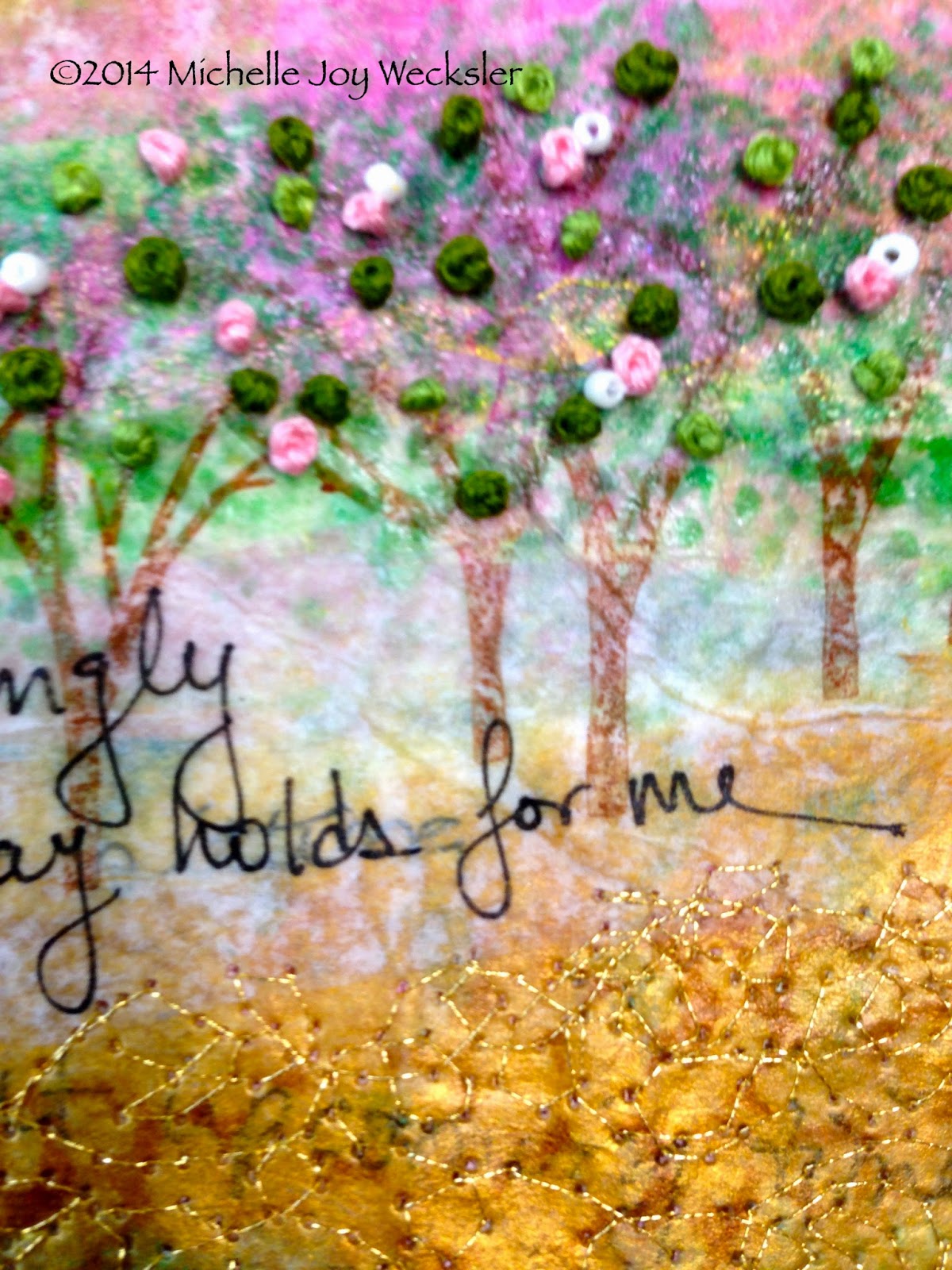 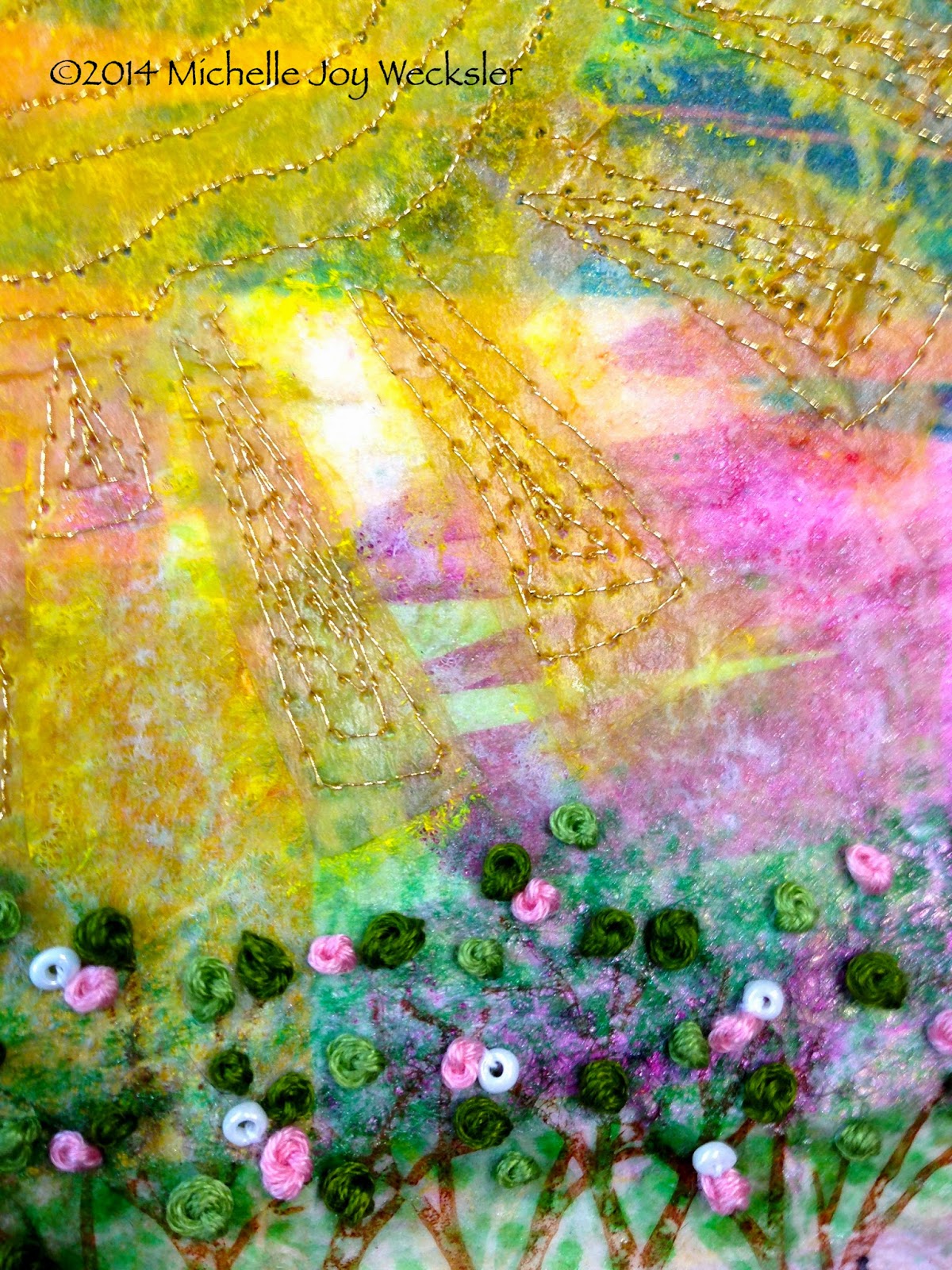 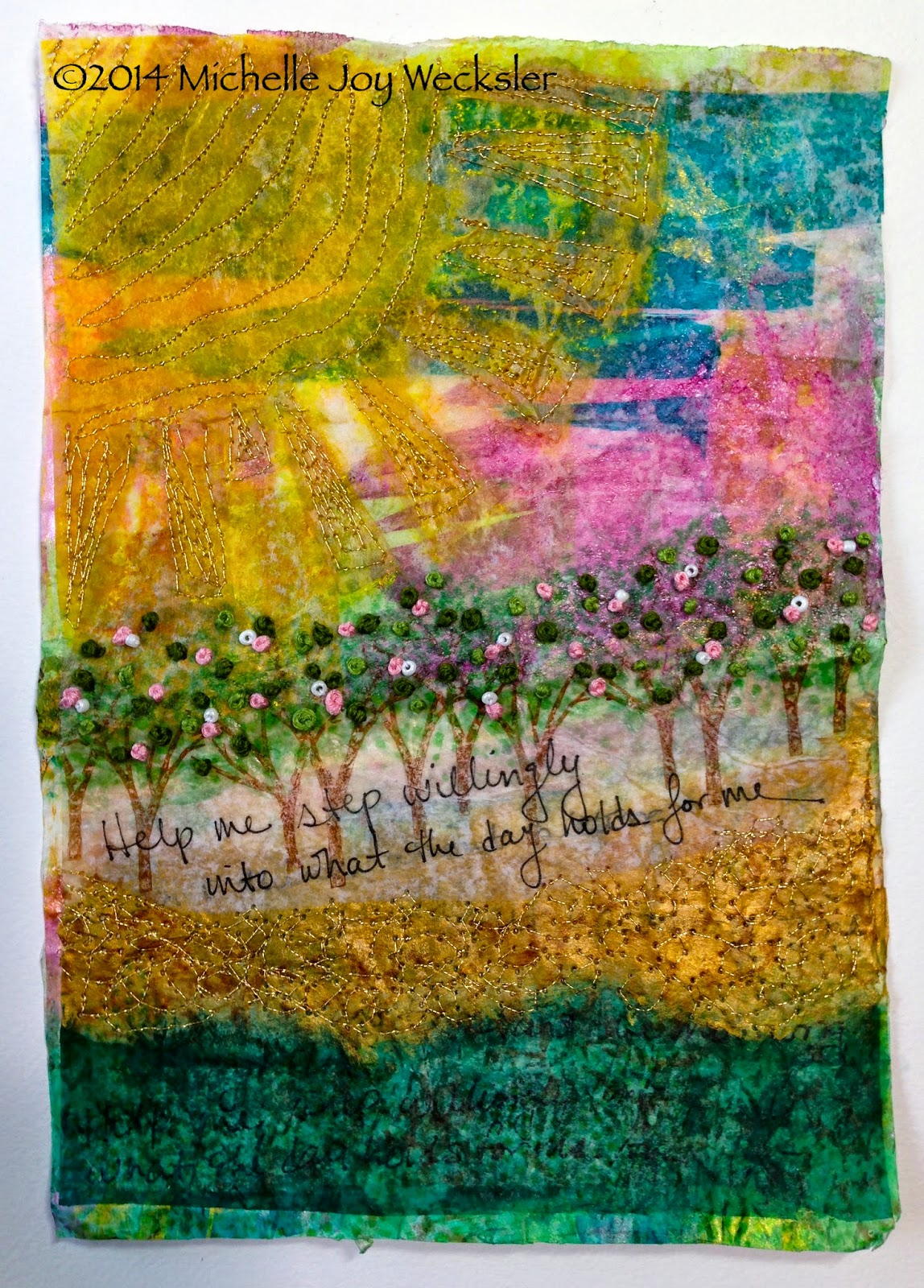 Today's Lesson From The Craft Room:  Prove To Yourself What You Are Capable Of!
I enjoy watching the Tour de France on tv every year.  This year has been no exception.  There is something about watching people test their limits that I find very inspiring.  During the first 10 days of the Tour, Andrew Talansky experienced a few setbacks - he crashed twice, very heavily and learned about his ability to combat pain.  During Stage 11 he was in so much pain that he pulled to the side of the road and his Team Director, Robbie Hunter, spoke with him for about four minutes.  In an interview with ESPN.com, Talansky described what Robbie Hunter said to him on the side of the road.  This is a small excerpt from that conversation:  This is a choice only you can make, but take a moment to make sure you make the one you're going to be happy with, make it not out of a place of emotion or anger or fear, but make it out of what can you do, what's possible.
As I watched that conversation without being able to hear the words, my assumption was that Andrew Talansky would abandon the Tour.  I, however, was wrong.  I watched in amazement as Talansky got back on his bike and actually fought his way to the end of the race that day.  Only he knew how his body was feeling.  Only he knew if he could continue.  I was crying as I watched him cross the finish line that day.  Talansky summed up what he learned that day in this way:  The sport constantly has redefined for me what I'm capable of mentally and physically. That day showed me when I need it, there's more in my body, more I can do than even I can believe sometimes. I think it's a day that will serve me very well in the future.  As artists, each day we have an opportunity to constantly redefine what we are capable of.  You can do more than even you can believe sometimes.  You just have to be willing to make the decision to go for the ride!
Today I am sharing a small mixed-media piece that I created.  I am calling it Morning Prayer.  It began with an upcycled dryer sheet and kept going from there :)  I enjoyed the ride :)
Posted by Michelle Joy Wecksler at 12:00 AM 1 comment: 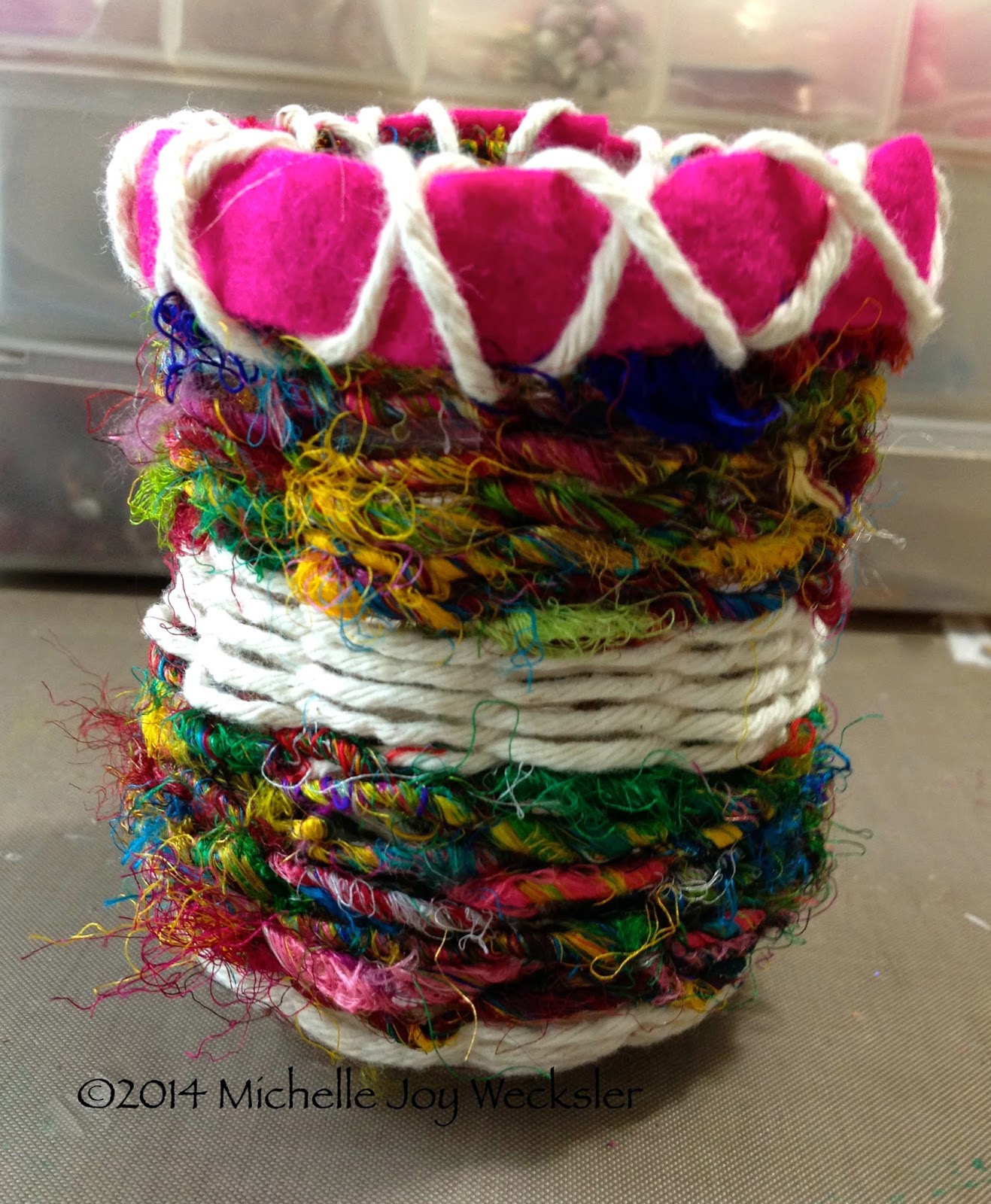 Today's Lesson From The Craft Room:  Get Inspired At An Arts Festival!
Over the 4th of July holiday weekend I walked around the Cherry Creek Arts Festival here in Denver.  I am always inspired and amazed by the creative energy exploding from the booths at these festivals!!!!  There was a beautiful booth filled with incredible basket weavings and forms and I came home wanting to try to basket weave!  I headed straight to YouTube and found this video.  It gave me enough info to improvise with materials that I had (instead of "reeds" I used yarn, felt and even transparency sheets!  My advice?  Get inspired at an arts festival!!!!
Posted by Michelle Joy Wecksler at 12:00 AM No comments: 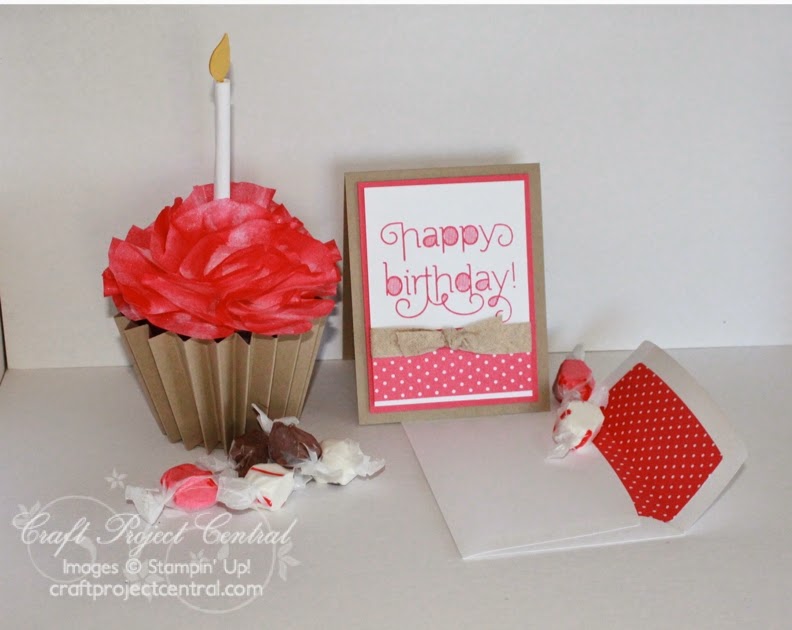 Yummy, yummy, yum!  I could just about eat this Hideaway Cupcake Container & Card by Julie Beltramo.  This little ‘Hideaway’ Cupcake Container is a festive way to wrap a birthday gift for someone special. Or, how about just filling it with some yummy little treats? Whatever you choose to put inside, the recipient will surely be delighted with the container. The quick and clean card, with the coordinating envelope, will be sure to please as well!  Get the full step-by-step instructions by subscribing to the month of July over at Craft Project Central!
Posted by Michelle Joy Wecksler at 12:00 AM No comments: